Armature plant fosters a culture of reliability and high skill.

The company’s predecessor was created in 1917 in Mie Prefecture and was built inside the Toba Shipyard as an electrical machinery works. The shipyard later came under the umbrella of the Suzuki Shoten group and became Toba Works, operated by Kobe Steel. The shipyard then split off from Kobe Steel in 1949 and established an independent company called Shinko Electric, a name it kept until 2009.

The company’s current name, Sinfonia Technology, was chosen based on an ideal of creating harmony between the diverse products and technology it handles to conduct one unified technical symphony.

Around 10 billion yen of the company’s total sales of roughly 70 billion yen are in the aerospace sector. Accounting for a seventh of sales, the sector has been a major pillar of growth for the company’s business. Among the equipment that Sinfonia Technology produces for use in space are attitude control servo-actuators for rockets and ventilation fans for Kounotori 2, the Space Station cargo ship.

Sinfonia Technology’s Ise Plant in Ise, Mie Prefecture works on aerospace equipment. Because of the high reliability this sector demands of the products it uses, the Ise Plant puts a heavy emphasis on its technicians’ skill, creating a culture that focuses on quality, reliability and worker skill even more than the rest of the company. Aerospace is also a field that demands security for its technology, so all of Sinfonia Technology’s personnel involved in the field now are full-time, permanent employees. 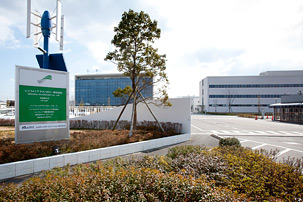 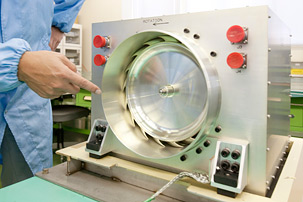 This is a ventilation fan for Kounotori, the Space Station cargo ship that carries supplies to the International Space Station (ISS). It is used in the ship’s pressurized logistics carrier. 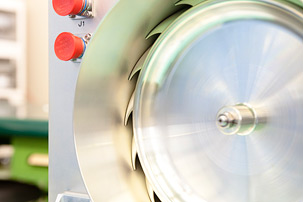 Because the fan is used inside the station where astronauts work, it has to run quietly. Therefore, Sinfonia Technology subjected the rotor vanes to a succession of tests to get their shape just right. 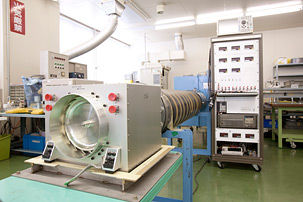 This is a fan testing device. It verifies the airflow volume and the static pressure in order to ascertain the fan’s performance. 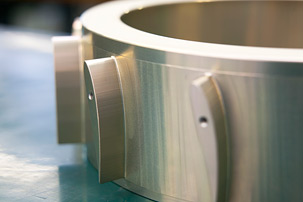 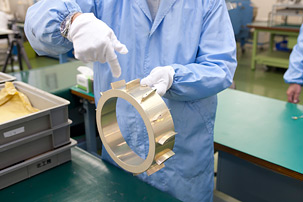 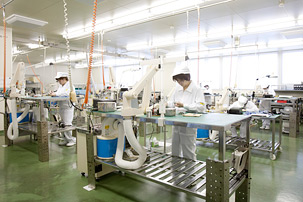 Highly skilled engineers, such as those pictured soldering circuits , work on aerospace equipment manually. Visual inspections are essential for every job in order to ensure reliability. 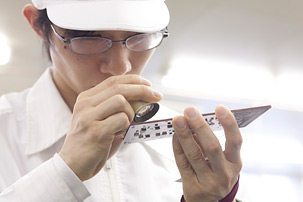 Sinfonia Technology assesses worker abilities and only allows the highly-skilled to work at the Ise Plant. The white piece of equipment in front of the engineer pictured is an aspirator, which absorbs gas and dust during soldering. 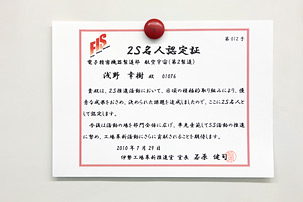 Commendations are displayed on a whiteboard inside the plant. Here, one employee has been recognized as the best in two of the 5S which is the name of a workplace organization method that uses a list of five Japanese words: seiri, seiton, seiso, seiketsu, and shitsuke. 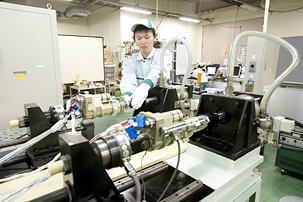 Just doing design is not good enough.
The technical skill and production technologies
are also important.

--Tell us how Sinfonia Technology got involved in the aerospace business.

Since before World War II, we've manufactured aircraft generators and motors. We dealt with 40 kW or 60 kW generators, which are relatively large for an aircraft. Because of that, in around 1980, Mitsubishi Heavy Industries asked us whether we could develop a second-stage secondary hydraulic pump motor for the H-I Launch Vehicle.
At the time, the H-I used hydraulics as a power source to change the second-stage rocket's direction. It used hydraulic pressure from the main pump attached to the rocket engine to change the rocket's orientation. But they were worried about only having one pump, so they installed a secondary hydraulic pump motor as well to change the rocket's direction in case the main pump failed. That secondary hydraulic pump used an electric motor developed by us.
Then, when the main pump failed during an H-I launch attempt at Tanegashima, they decided to use the secondary pump in its place. While the H-I sat waiting, we worked overnight for three days to perform certification testing, went to Tokyo to get approval from the former National Space Development Agency of Japan (NASDA, now the Japan Aerospace Exploration Agency/JAXA), then went straight to Tanegashima.
The secondary hydraulic pump was used as the sole electric motor drive for the first H-I launch.
Afterwards, NASDA stopped using the conventional main pumps with problematic reliability for its rockets, and instead started using two hydraulic pumps--which had been secondary pumps--for the electric motor's drive. 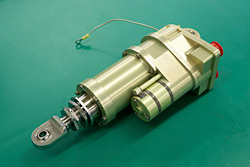 --Reliability is very important in space, isn't it?

I was working on pump motor development at the time, and all of us involved in that were passionate about the design: we wanted to make the world's best. It was our first space project, so we all worked together as a very enthusiastic team.
At the beginning of taking on a new job, you're extremely highly motivated. It's important to sustain that motivation. When you get used to something, you start to take everything for granted. And if you keep on going like that, then there's a danger that the quality of your work will gradually slip without you noticing.
To avoid things like this, we're always adding new approaches to and ways of raising awareness about maintaining quality and reliability, and inspiring our people in new ways. 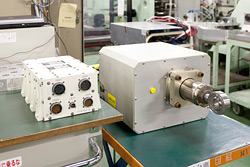 --So you really focus on how you make things.

People say Japan is good at making things, but if Japan isn't trying to find new ways of making things, then there may be no hope for the country.
Just doing design is not good enough. The technical skill and production technologies are also important. Japan has world class materials makers when it comes to magnetic and electric materials for motors and generators. I think it is incredibly advantageous for us to utilize these strengths with the armatures we make using magnetic materials.
All the way through all the processes involved, the Ise Plant has design, technical, manufacturing and testing prowess at its disposal. We can develop things quickly because we don't have to go find someone else with any of those capabilities. And that's why we even have some people who seclude themselves in the plant and completely devote themselves to developing products all the time.
We don't recommend that people seclude themselves, but working out problems to get a job done can be an experience that improves an engineer and builds self-confidence. For engineers, the feeling you get when something works right means all the world to them.
As anyone can see, each and every rocket launch is a major project for the aerospace sector, so it gives you a particular sense of accomplishment. When you instill in the people working on these projects the sense that they have to ensure reliability and quality control by handling all processes properly, all in order to achieve that accomplishment, then that makes their skills better. 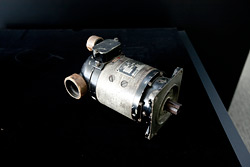 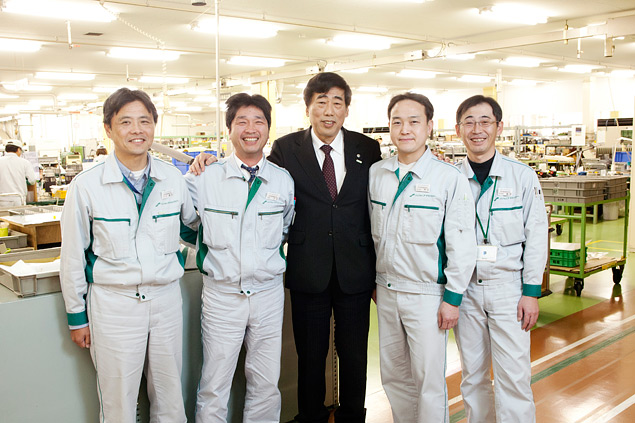